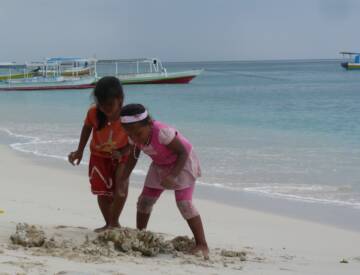 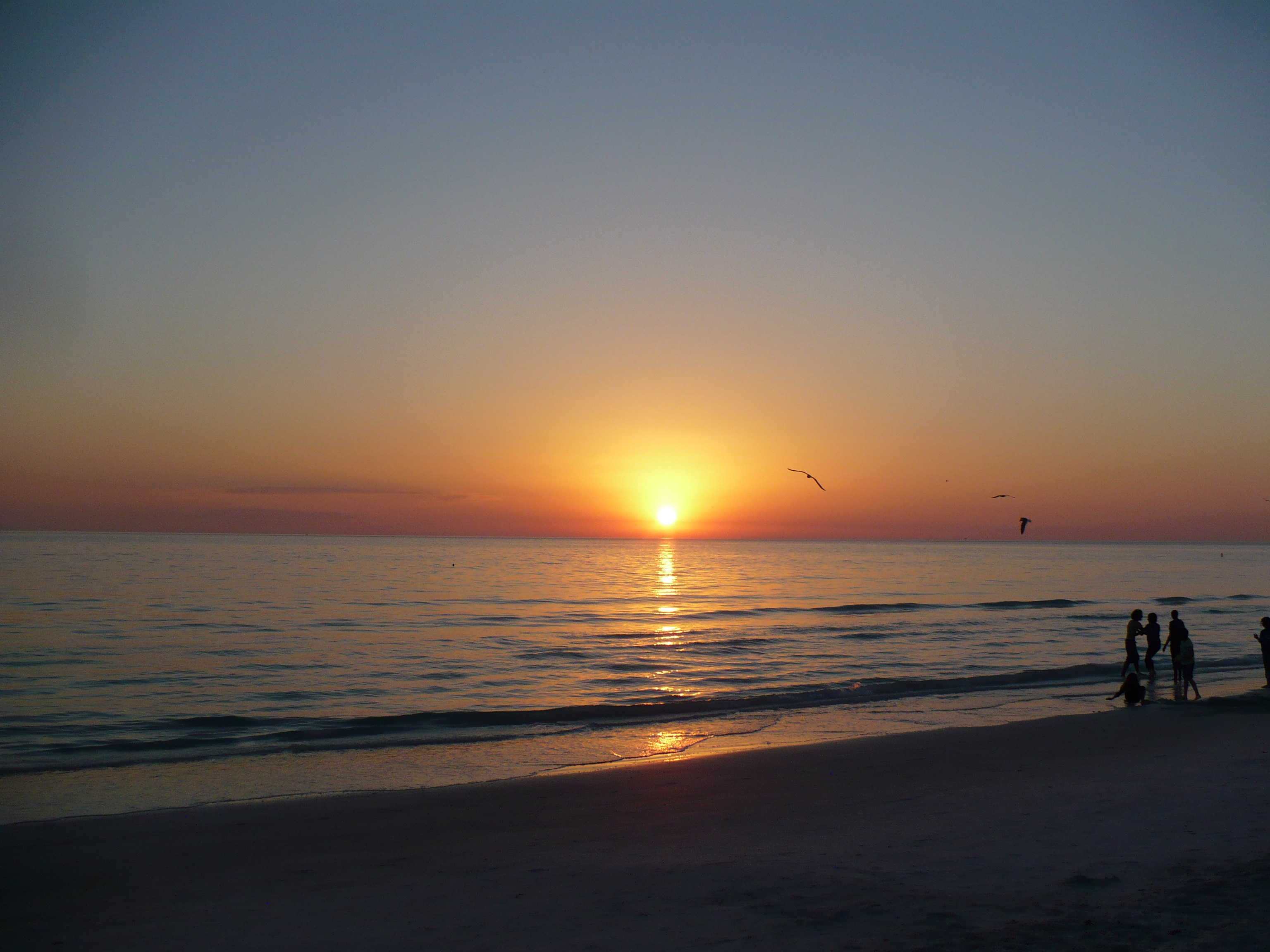 Seaside Chat is a place to share thoughts, reflections, musings, funny stories, poignant places of interest and events, and insights into building children into all that they can be.
.  .  .
Building Children into All They Can Be
In keeping with that last thought, The Lost Mermaid teaches children about the danger of judging others by language or appearance, which has had huge ramifications in recent months with the increasing number of tragic suicides among adolescent students.

Raising a Non-Violent Child: The Importance of Tolerance and Respect
January 10, 2011
Dr. Bruce Perry, MD, PhD said, "Our children will experience more change, see more places, and be exposed to a greater variety of people and cultures than any any other generation in the history of humankind.  To succeed in this complex and diverse world, .........

Reading for a Compassionate Society
February 1, 2011
February 8, 2011
Bald Head Island and Loggerhead Turtles
I have recently discovered a remote and charming village, called Bald Head Island, located on southern Smith Island off the coast of Wilmington, North Carolina.  It’s accessible only by ferry (20 minute ride); there are no cars on the island—only bicycle, feet, and golf carts. The village is about 5.5 square miles with 173 winter residents (more, of course, in the summer).
Humans are not the only residents on Bald Head. The island provides a beautiful semitropical wildlife habitat for a large loggerhead turtle population, raccoons, fox, deer, birds, alligators; and there’s a very active and successful loggerhead rescue program.
Best Kept Secret

Empowering Children
Many of the world's children face life-threatening challenges, including war, the aftermath of earthquakes and other natural disasters, the acquisition of clean water and food, and human trafficking, to name a few.  Learning about these issues is difficult for adults and often results in feelings of helplessness and inadequacy, so one could only imagine how difficult, even frightening, it could be for children to confront these issues.
I think most of us would also agree that one of the greatest gifts we can give our children is the feeling of empowerment—that they can make a difference in their world.  A new book recently published by David J. Smith, an international educational consultant and best selling author of If the World Were a Village, among others, has done exactly that.

Mermaids and Other Mythical Creatures
For those of us who like to “ trip the light fantastic” and are interested in mermaids and other mythical creatures, there are currently two fascinating exhibits in Atlanta, GA: one at the Fernbank Museum of Natural History, and the other at the Michael C. Carlos Museum. You can discover how living and prehistoric animals inspired mythical creatures--dragons, unicorns,

March 1, 2011
The Lost Mermaid ~ A Shem Creek Moonlight Jamboree is a beautifully illustrated children’s book about a mythical tale that will enrich your child’s imagination and immerse them in South Carolina’s magical low-country coastal landscape. They will meet loggerhead turtles and dolphins, among other sea friend.  This story will teach a valuable life lesson about the danger of judging others by appearance or language. The Shem Creek sea friends have spurned Lily because of her many differences, but when the Jamboree is in imminent danger, Lily performs a magical feat that saves the day.  By embracing her differences and discovering the greatness within, important social values are learned at Shem Creek about tolerance and cultural diversity that your child can learn, too, and apply throughout life’s journey.  A glossary at the end of the story will further educate young readers about the sea friends they will meet.
A Novel Approach to Improving Reading Skills
I’ve just recently learned about a precious reading program that helps elementary school children improve their oral reading skills.  It’s called Bark for Books and is just the epitome of “warm and fuzzy,” pairing sweet dogs with precious children and of all places—in a library.  Does it get any better than that! These are therapy dogs, which have been trained to coach young readers and help them gain confidence in reading aloud.
March 7, 2011

The Link Between Motivation and Education
The United States’educational ranking in the world has dropped significantly in recent years, as the failure rate among students has risen.  At the core of that failure rate are poor reading skills.  Parents and the home environment are blamed; and students are blamed, according to a study of 5,000 school psychologists as to why children have learning and behavioral problems, conducted by Galen Alessi, psychology professor at Western Michigan University.
April 13, 2011
Modeling Kindness - Brings a Tear to the Eye
Recently, I read the most endearing article about a kindergarten class, which simply brought a tear to my eye, and I think it will to yours, too!  When the students of a kindergarten class in Pennsylvania first learned of the traumatic events in Japan, the children asked about Aki and wanted to know what was happening to all those people halfway across the world.
As the teacher was discussing the impact on the families, a little girl, named Hailie shouted, “Hey! We should send them stuff!”  And thus, the planning and gathering began.
April 23, 2011

Lily Discovers Springtime in Charleston
Sometimes, Lily comes ashore for the day to sign books and meet some of her new readers.  Of course, the sea witch must cast a magic spell, changing her fin into feet; and Lily must promise to be back at the beach by sundown, when her feet will turn back into a fin again. In the between time, there is nothing that Lily would rather do than explore this new world of fields and forests, colorful neighborhoods and beautifully landscaped green lawns. This is Lily’s first springtime in Charleston.  She knows all about rainbow-colored coral gardens  beneath the sea, but she had never seen sweet spring flowers, sprouting from rich brown musky soil nor enjoyed the scents of honeysuckle and jasmine while traversing the streets of Charleston.  These are just a couple of spring photos that she keeps in her treasure chest.

May 30, 2011
Loggerhead Turtle Season is Upon Us
An Opportunity to Learn and Share with Children
Loggerhead turtle season 2011 has arrived, and it’s in full swing!
The season normally kicks off about mid May and continues through October along the southeastern seaboard. This year is right on target.  In just the handful of days since the season kicked off, a number of nests have already been found. However, some false crawls have also been discovered this season, where the mother turtle comes ashore to lay her eggs, but does not; instead, she turns around and crawls back into the sea.

Blog Contents--Select
Reading for a Compassionate Society
Modeling Kindness - Brings a Tear to the Eye
The Link Between Motivation and Education
A Novel Approach to Improving Reading Skills
Empowering Children
Reading for a Compassionate Society ~ Building Children into All They Can Be
Raising a Non-Violent Child: The Importance of Tolerance and Respect
Mermaids and Sea Creatures
Lily Loves Loggerheads and Horses
Loggerhead Turtle Season is Upon Us ~ An Opportunity to Learn and Share with Children
Lily Discovers Springtime in Charleston
Mermaids and Other Mythical Creatures
Best Kept Secret  ~ Bald Head Island and Loggerhead Turtles

June 6, 2011
Lily Loves Loggerheads and Horses
When Lily is at her home in the sea, her favorite sea companion is the loggerhead turtle.  His large, dark eyes are a portal to the ancient wisdom of the sea.  Lily senses his primal pulse as he paddles like a winged angel beneath the waves.  An ancient mantra rippling softly, she feels graced.
When Lily comes ashore, her favorite land companion becomes the horse.  His large, dark eyes are a foyer to an ancient world, lit by a single candle.  She glimpses Eden. When morning mist hangs on the fields and his hooves move beneath him in shimmering flight, he becomes his own myth and mantra--at once, beauty, the beginning, and the light.  He takes our treats with tenderness and allows us to walk into the morning mist, hand in halter by his side. 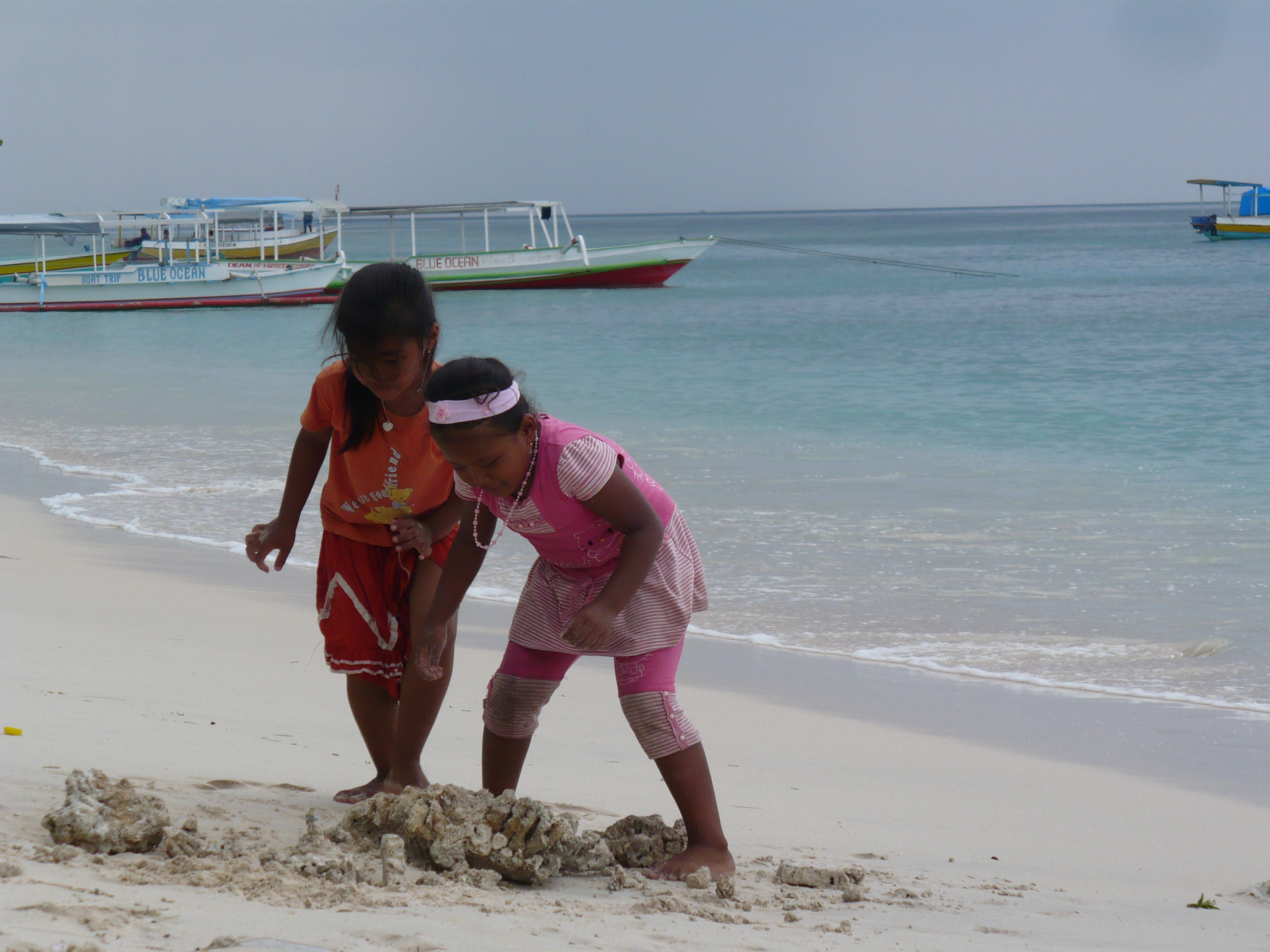